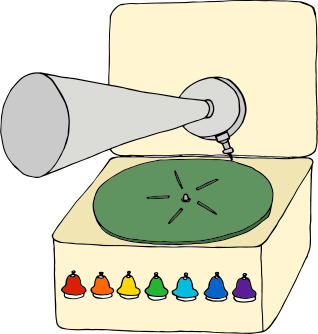 Alexa Dexa is an electroacoustic composer-performer operating in a do-it-yourself/do-it-together capacity to deconstruct the harms of kyriarchy using music as a tool of transformative self-care. They dream and manifest aleatoric, indeterminate, and improvisatory works for voice, an ever-expanding collection of toy instruments to rival a playpen, found sounds, pre-programmed electronic sequences, live electronic processing, and live coding. 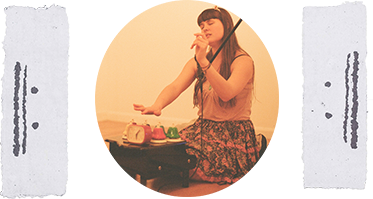 A visitation, a spectre I am wrenched Cleaved in two The parts of me that are mine still And the parts I left with you pic.twitter.com/kRmwcnbu59

The floating and shimmering melody lines follow the placement of the alphabet letters graphed out on their Sacrosanct Oracle//Composition Card, which reads “heal yourself” in orange lines among pastel blue, pink, and purple color splotches on a light yellow background.]

Our bodyminds can heal from so many unfathomable things. No one else holds the key to our healing like a gateway we can’t enter without them. [Video Description: Alexa’s white hand plays their treasured toy piano.